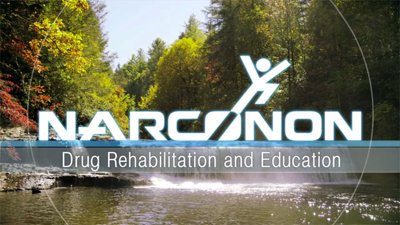 Soma is a muscle relaxant that is frequently abused. It is also addictive.

Soma acts as a sedative on the central nervous system. The generic name of Soma is carisoprodol and it is one a group of muscle relaxants. Other drugs in this class are cyclobenzaprine, sold as Flexeril and metaxalone, sold as Skelaxin. All these drugs may be sought by abusers for their sedative properties but Soma is considered the greatest threat. When Soma is consumed, it is broken down in the body into meprobamate, a tranquilliser. Meprobamate has been sold as Miltown and Equanil, some of the first tranquillisers that ever hit the US market.

Soma is sought by itself for its relaxing sedative effects, but it is also sought because it increases the effect of hydrocodone, the painkiller in Vicodin or Lortab. A popular combination is called the “Houston Cocktail” - Soma, Vicodin and Xanax. When you mix just Soma and Vicodin, that is referred to as a “Las Vegas Cocktail.” Both these combinations are said to have similar effects to heroin. For that reason, “pill mills” or pain management clinics distributing prescription medications without appropriate exams or monitoring, often sell these drugs in these combinations.

The Effects of Soma Abuse on Drivers

In 2003, a detailed study was made of the effects of Soma or carisoprodol on drivers. Incidents of accidents in which one driver had used Soma were reviewed to determine the role this drug had played in causing the accidents.

It was found that the drivers were suffering from these effects of Soma:

All these effects cause a driver’s skills to deteriorate in a manner similar to alcohol or benzodiazepines. Twenty-one cases of Soma-affected driving were reviewed. In twelve of these cases, the affected driver had an accident and in all these cases, the Soma-affected driver was at fault. These drivers had been observed to be weaving in their lane, driving slowly, being unaware that they had hit another vehicle and driving the wrong way on a freeway. These people experienced slow movements, confusion, disorientation in time and space, slurred speech and a groggy, dazed expression.

A person abusing Soma also develops a tolerance and dependence. In a typical path, once a person undergoes chronic treatment, he (or she) builds a tolerance and needs more of the drug. He may then start abusing the drug, usually meaning that he takes more of it than prescribed.

Of twenty Soma users who were part of a study, thirteen admitted using Soma in a way not prescribed by the doctor. Three used it to modify the effect of another drug. Soma is well known for its ability to make the effect of hydrocodone (Vicodin) stronger.

Other abusers took this drug to settle them down after cocaine use, some mixing it with alcohol or Xanax.

When a person tries to quit using Soma, withdrawal effects can include:

Getting Off Soma for Good

A person who has become addicted to Soma is very likely to need professional help to get clean and sober again. For one thing, some people who have been abusing this drug will need medical detox because of the serious withdrawal effects that could occur. Most people will need to taper off this drug before they can discontinue it.

When a person has come to rely on Soma to deal with pressures and problems in life, they may need rehab in order to find lasting sobriety. The Narconon drug and alcohol rehabilitation programme has been the choice for thousands of addicts over the last forty-nine years.

The programme is administered in exactly the same way in each Narconon centre around the world. Each programme starts off with a well-supported, tolerable withdrawal process. Generous nutritional supplementation help ease some of the symptoms of withdrawal.

A thorough detoxification helps bring back the brightness that is so often subdued by drug abuse. This unique detox employs a sauna, moderate daily exercise and a strict regimen of nutritional supplements. At the end, those completing this step talk about their brighter outlook and how their cravings have reduced or even been eliminated.

What remains then is to teach each person how to enjoy a productive, sober life. This means they must learn how to recover their own person integrity, know how to make drug-free decisions, how to choose associates who will preserve their sobriety and much more. These steps complete the Narconon rehab programme and prepare a person to stay sober once they get home.